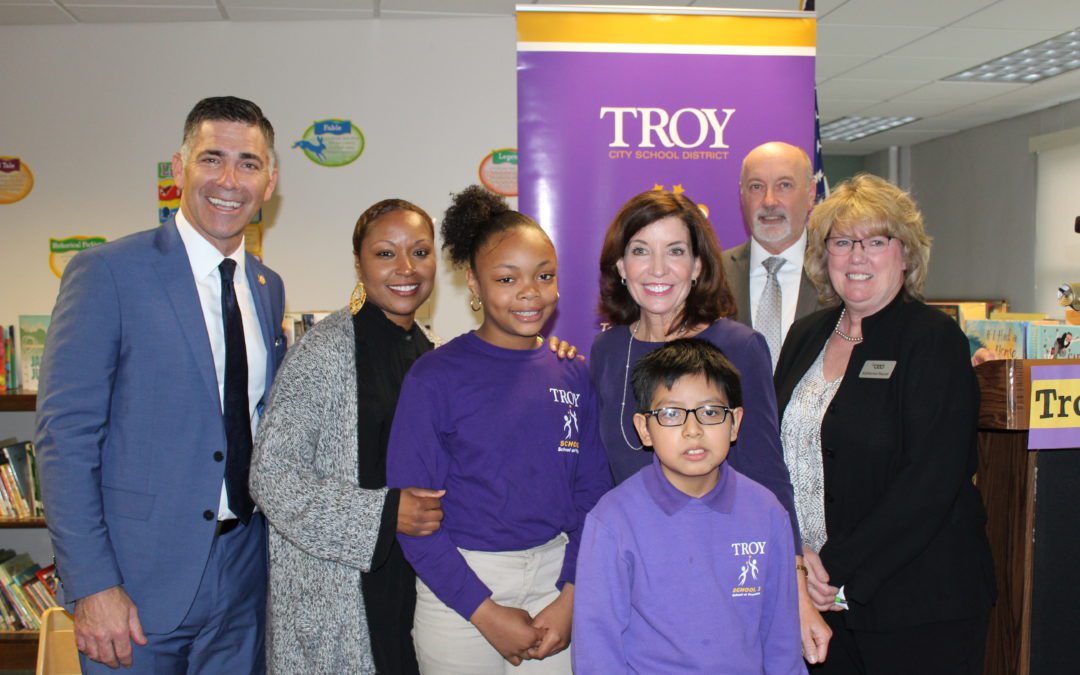 School 2 welcomed Lieutenant Governor Kathy Hochul on Tuesday, May 14 as she announced nearly $600,000 in funding for the Empire State Poverty Reduction Initiative in Troy. As part of this initiative, The Arts Center of the Capital Region will establish MY STREET, a community-based art project with School 2 students enrolled in the Empire State After School Program. Click the link above for a full press release.

State awards $7 million to Troy CSD for after school programming

The Troy City School District is pleased to announce that it is a recipient of the Empire State After School Grant. The grant allows for each District elementary school to host its own after school program, resulting in additional learning time for students throughout Troy. The program begins January 16, 2018. Applications are due by December 22, 2017.