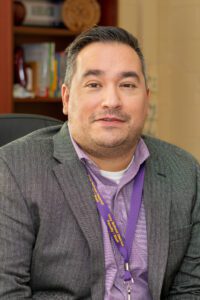 Imran Abbasi joined Troy City Schools on December 20, 2021 as the Assistant Superintendent for Human Resources. In this role, Mr. Abbasi oversees hiring and retention of all district faculty and staff.

Mr. Abbasi was raised in Albany and graduated from Albany High School. He says his experiences led him to appreciate city schools and their unique advantages and challenges.