On May 16, 2017 Troy City School District residents approved a $112 million budget for the 2017-18 school year as well as a proposition to establish a Capital Reserve Fund. In addition three incumbent candidates have been re-elected to the Board of Education: Carol Harvin, Tom Mayo and Bill Strang. Learn more. 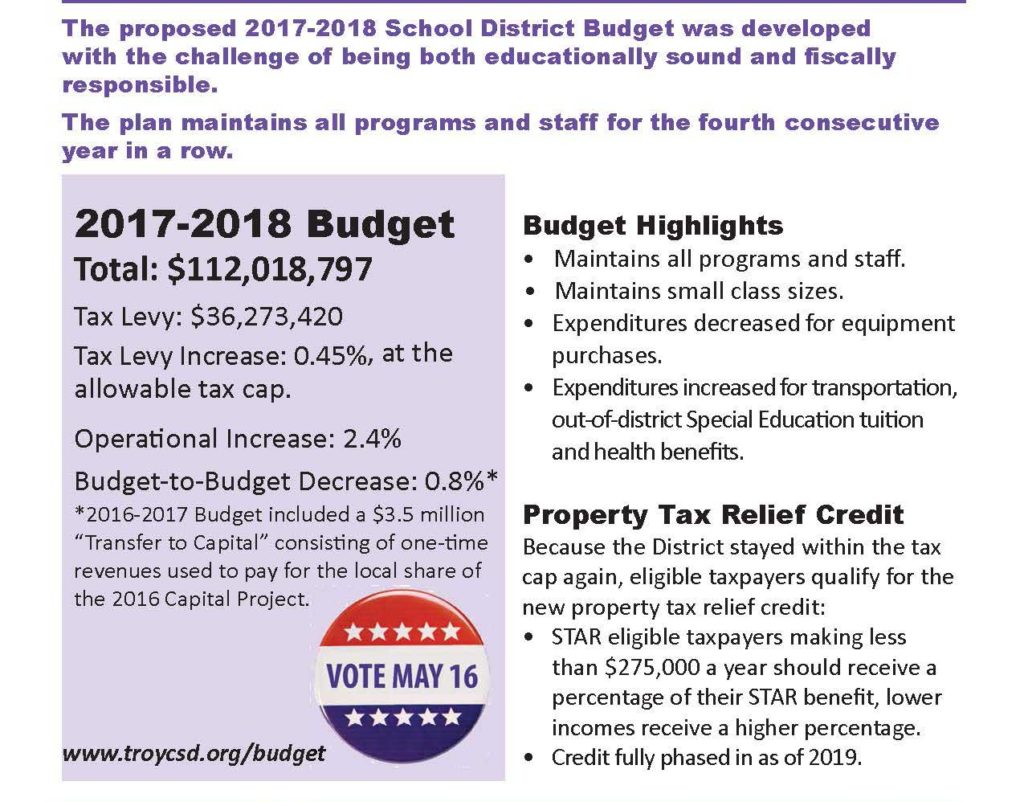 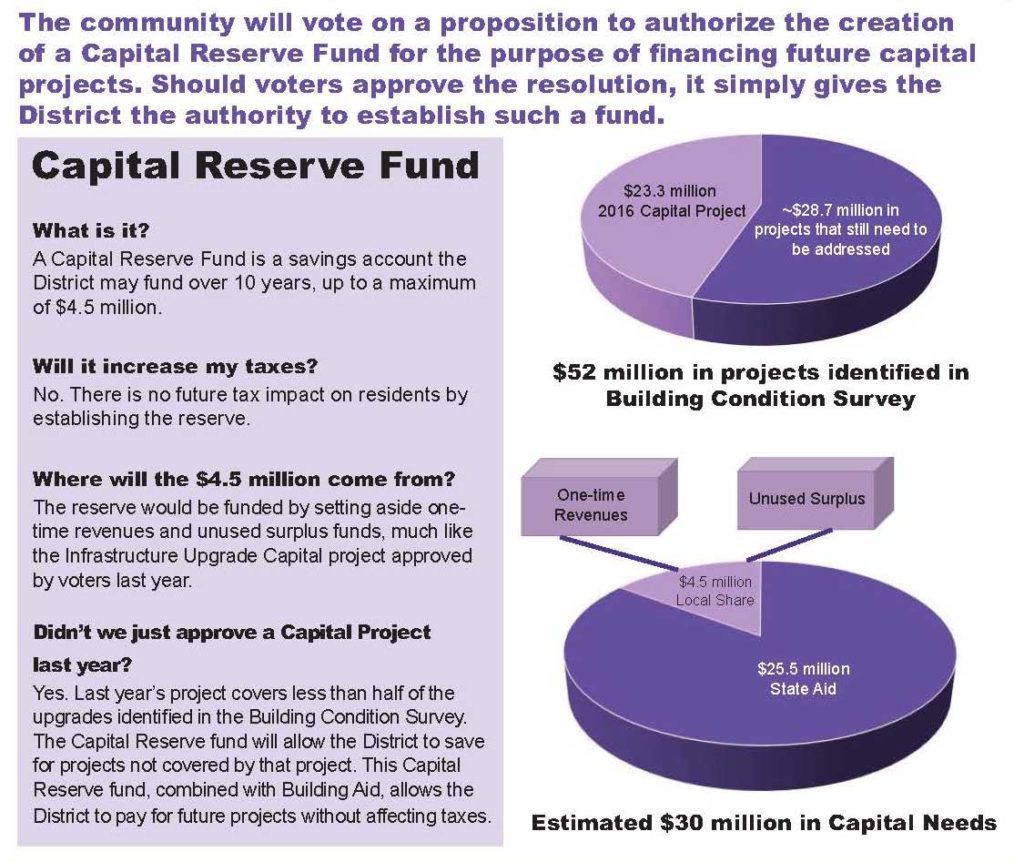 Troy CSD voters to be asked to approve Capital Reserve Fund for future projects
On May 16, 2017 the Troy City School District community will vote on a proposition to authorize the creation of a Capital Reserve Fund for the purpose of financing future capital projects. This item will be included on the ballot along with the proposed 2017-2018 budget and Board of Education election. Learn more.

2017-2018 Budget Draft 2 presented to Board
March 23, 2017 – During the March 22 Board of Education meeting, Superintendent John Carmello presented the second draft of the 2017-2018 School District Budget. The proposed draft of $113,040,797 will come with a tax cap of .45%, less than half a percent increase from last year. Carmello also proposed that the Board vote to approve a resolution on the May ballot that, if approved by voters, would authorize the District to establish a Capital Reserve to save for future projects. There is no tax implication to establish such a reserve. Learn more.

Carmello presents Draft 1 of 2017-2018 Budget
February 16, 2017 – During the February 15 Board of Education meeting, Superintendent John Carmello outlined the first draft of the 2017-2018 school district budget. The proposed budget, still very much in its early phases, totals $112,909,509, a 3.82-percent total increase over the 2016-2017 budget. Carmello discussed some of the challenges facing this year’s budget including a .45% tax cap and initial state aid figures. Learn more.