Three candidates are running for three seats on the Troy City School District’s Board of Education on May 15, 2018. The three candidates will be elected to three-year terms commencing on July 1, 2018 and expiring on June 30, 2021.  The public is invited to meet the candidates at the “Town Hall Meeting” on Tuesday, May 8 at 7 p.m. in the Troy Room of the Troy Middle School at 1976 Burdett Avenue. (Candidates appear below in the order in which they will appear on the ballot.) 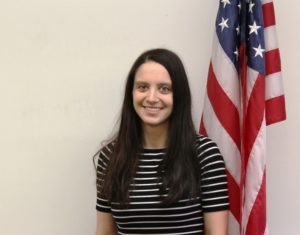 Incumbent Elizabeth Poleto has been a Board member since 2012.  Mrs. Poleto is a graduate of Catholic Central High School and holds a bachelor’s degree in political science from the University at Albany. She is currently employed by Progressive Insurance as a medical claims adjuster and previously worked at Samaritan Hospital as a cancer registrar. Mrs. Poleto’s volunteer experience includes the Colon Cancer Challenge and Relay for Life. 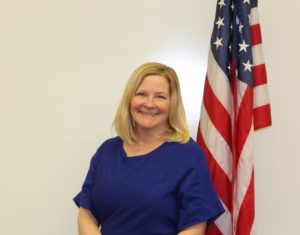 Stephanie Fitch previously served on the Board of Education from 2004-2010 and is a current member of district’s Citizens Advisory Committee. Mrs. Fitch is graduate of Siena College and holds a bachelor’s degree in finance.  She has been the controller at Rensselaer County Regional Chamber of Commerce for the past 17 years. She was previously employed at Cohoes Savings Bank. Mrs. Fitch has four children who are graduates of Troy High School.

Matthew Flowers, Jr. is a lifelong resident of Troy and graduate of Troy High School. He holds a bachelor’s degree in psychology from Rensselaer Polytechnic Institute and master’s degree in rehabilitation counseling from the University at Albany. Mr. Flowers is currently employed by Excelsior College in Albany and previously held positions at Parsons Child and Family Center and TRIP, Inc. He is a former board member of the Troy Boys and Girls Club and an inductee of the TBGC Hall of Fame. He was the host of a radio show at WRPI for 22 years. Mr. Flowers has a son enrolled at Troy Schools and two daughters who are graduates of Troy High School.