The Troy City School District is pleased to announce Kayla McNall as its Valedictorian and Casey Poland as its Salutatorian for the Troy High School Class of 2021. 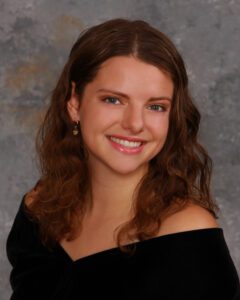 Kayla is the daughter of Alicia and Michael McNall. She has earned the distinction of Valedictorian for the Troy High School Class of 2021 with a grade point average of 98.71.

Kayla was accepted into the New Visions STEM program where she participates in Rensselaer Polytechnic Institute physics classes.  She was the recipient of the Hugh O’Brien Youth Leadership Award as a sophomore.  Kayla was last year’s recipient of the RPI Medal, awarded to one member of the junior class who has separated themselves from others in their academic achievements.  As a senior, Kayla has been awarded the Louis Henry Gross Scholarship, the NYS Comptroller Achievement Award, the New York State Board of Regents Merit Scholarship for Academic Excellence, the Scholars’ Recognition Program, the Troy High School National Honor Society Award, the Student Council Community Service Award, the Class Advisors’ Award, the Elizabeth Buckley Memorial Award, and the Troy High School French Club Award for outstanding service.

Kayla is a four-year member of the Troy Volleyball program, a five-year member of the basketball program and played varsity golf as a senior.  She is a member of Jazz Band, Choir and Drama Club. Kayla was selected for the Math Honor Society and National Honor Society where she served as president as a senior. Kayla is also the treasurer of the French Club. She is an active member of Key Club, Music Club, and is vice president of Student Government. Kayla also served as president of the Junior/Senior Board.

She will graduate with 26 college credits from RPI, Hudson Valley Community College and the University at Albany. She will continue her education at the University of Buffalo where she will study biomedical engineering. 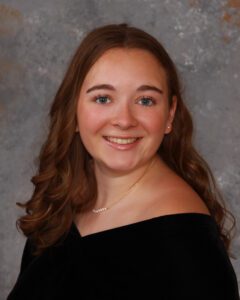 Casey is the daughter of Jude and Jeffrey Poland. She has earned the distinct honor of being named Salutatorian of the Troy High School Class of 2021 with a grade point average of 98.23.

She is a recipient of the Louis Henry Gross Scholarship, the Scholars’ Recognition Program, the New York State Academic Excellence Award, the Troy Teachers’ Association Scholarship, the Class Advisors’ Award, the Director’s Choice Award and the Triple “C” (Character, Courage and Commitment) Award.  Casey also received the Troy High School French Club Award for high academic achievement and outstanding service to the French Club.  As a junior, Casey received the Lela B. Capron Scholarship presented by the Community Foundation for the Greater Capital Region.  She was elected by her peers to sit on the Junior/Senior Board.

Casey will be graduating with 30 college credits from Hudson Valley Community College and the University at Albany. She will attend Binghamton University in the fall.