The Troy City School District is pleased to announce Madison Rifenberick as its Valedictorian and Kemal Pulungan as its Salutatorian for the Class of 2020. 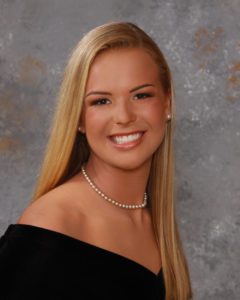 Madison is the daughter of MaryAnn and Chad Rifenberick. She has earned the distinction of Valedictorian for the Troy High School Class of 2020 with a grade point average of 99.67.

As a senior, she was accepted into the New Visions Scientific World Research program.  Madison was also named the AP Scholar with Honors.  She is a recipient of the Louis Henry Gross Scholarship, the New York State Comptroller Achievement Award, the Scholars’ Recognition Program, the Student Council Contribution Award, the O’Haire English Literature and General History Award, the NYS Seal of Biliteracy Award, and the Donna Ehmann Love of Italian Award. Madison also received the THS Italian Club Awards for highest average, academic excellence over four years, and for outstanding service to the Italian Club and Community. As a junior, Madison received the Lela B. Capron Scholarship, awarded to an outstanding student of the junior class.  As a sophomore, she was the runner-up for the HOBY Leadership Award.

Madison is a member of National Honor Society, Math Honor Society (President), Student Council, Italian Club (Secretary) and Key Club.  She attended the Suburban Council Leadership Summit (9th-11th), and as a junior she was elected by peers to sit on the Junior/Senior Board.  Madison is a member of the Varsity Soccer Team (Captain), and Varsity Softball Team.  She has earned numerous Suburban Council, Section 2 and New York State honors in both sports respectfully; one being Suburban Council Excellence in Leadership.  In addition, she has volunteered her time with American Red Cross and Equinox.

She will graduate with a New York State Advanced Regents with honors and 30 college credits from Hudson Valley Community College and the University at Albany. She will continue her education at Columbia University in the fall. 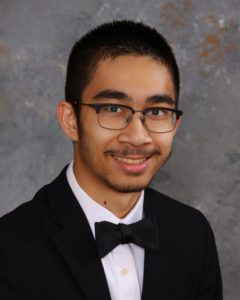 Kemal is the son of Dona Siregar and Zulkarnin Pulungan. He has earned the distinct honor of being named Salutatorian of the Troy High School Class of 2020 with a grade point average of 99.64.

Always taking a rigorous all-honors and AP course load, Kemal earned the honor of AP Scholar with Distinction. As a senior, he was accepted into the New Visions Science, Technology, Engineering, & Math (STEM) program.  Kemal is a recipient of the Louis Henry Gross Scholarship, the Scholars’ Recognition Program, the THS French Club Award for high academic achievement in French, and the THS Math Honor Society Achievement Award.  As a junior, Kemal received the Harvard Alumni Book Prize, awarded to a top member of the junior class.  He was also the recipient of the Multicultural High School Achievers Award from the University at Albany.

Kemal is involved in a wide variety of activities.  He is a member of Master Minds, where he was MVP in the league.  He is also a member of National Honor Society, Math Honor Society, Astronomy Club (President), FIRST Robotics, Quiz Bowl (President), Environmental Club, Ski Club, Odyssey of the Mind, Brainbusters, Orchestra, and the Empire State Youth Orchestra (ESYO).

Kemal will be graduating with 34 college credits from Hudson Valley Community College, University at Albany and Rensselaer Polytechnic Institute.  He will receive a New York State Advanced Regents with honors and will continue his education at the California Institute of Technology in the fall.