Troy teams advance to state Odyssey of the Mind Tournament 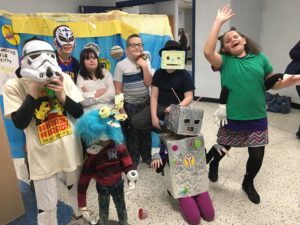 A team from School 18 took first place in their division, and another team from Troy High School took second place. Both of these teams will advance. Additionally, a team from Troy Middle School received third place.

The 10 teams from Troy were among 94 teams in Rensselaer, Columbia and Greene counties to compete in the event coordinated by Questar III BOCES.

Teams at the Primary level (K-Grade 2) level do not compete for scores, but do put their problem-solving abilities on display at the Tournament.  Troy was well represented by its primary teams from School 14 and Carroll Hill School. 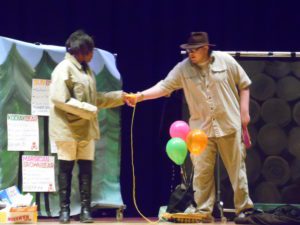 Throughout the day teams performed creative skits they developed to demonstrate their solutions to open-ended problems without a specific right or wrong answer. Students honed their presentations and performances over the past several months.

Odyssey of the Mind is an international educational program that provides creative problem-solving opportunities for students of all ages. It encourages students to use their imaginations and to work in teams – skills that will be useful throughout their lives.

Teams are judged on their unique solutions to the problems, as well as their teamwork, creativity, ability to think out of the box, and in excelling (i.e., going above and beyond) throughout the competition.

Congratulations to our advancing teams: