The Troy City School District is pleased to announce Finnian Jacobson-Schulte as its Valedictorian and Madelin Brown as its Salutatorian for the Class of 2017. 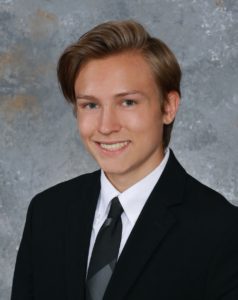 Finnian is the son of Marah and Patrick Jacobson-Schulte. He has earned the distinction of Valedictorian for the Troy High School Class of 2017 with a grade point average of 99.35

Finnian participates in the Science, Technology, Engineering, and Mathematics (STEM) program at Rensselaer Polytechnic Institute (RPI), which is a part of the New Visions opportunity for high school seniors. This is a highly competitive program and only the top high school seniors are selected to participate. Finnian participated in two research internships at The University at Albany Cancer Research Center and another at RPI involving chemical engineering research.

As a junior, Finnian was the recipient of the University of Rochester Bausch and Lomb Honorary Science Award. This year, Finnian has been awarded the National Merit Scholarship.  He is also a recipient of the Louis Henry Gross Scholarship, the New York State Board of Regents Scholar Recognition, and the New York State Math Honor Society Achievement Award.

Finnian participates in many extracurricular programs and activities at Troy High School.  He is a member and captain of the Boys Varsity Cross Country team, Boys Indoor Track team and Boys Outdoor Track team. Finnian is a member of Mensa International, the National Honor Society, the New York State Math Honor Society, Student Council and Junior/Senior Board. He was the pianist for the Jazz Band and has many awards and recognitions for his piano skills, such as Level 6 “Perfect Scorer” for New York State School Music Association.

Finnian has earned college credits from RPI and Hudson Valley Community College.  He will be attending Massachusetts Institute of Technology (MIT) in the fall. 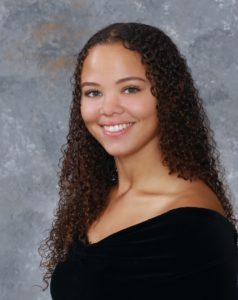 Madelin is the daughter of Christianne and Dana Brown. She has earned the distinct honor of being named Salutatorian of the Troy High School Class of 2017 with a grade point average of 98.53.

Madelin is Vice President of The National Honor Society and a member of The Math Honor Society.  She is captain of the Girls Varsity Basketball team and a member of the Varsity Volleyball and Girls Varsity Track teams. Madelin received the Troy High School Athletic Director Award during her junior year.  In recognition of her outstanding academic and athletic achievements, she was also awarded the Girls’ Basketball Scholar-Athlete Award in 2016.

Madelin participated in Marching Band, Stand Band and Concert Band.  She is a member of French Club, ROY G BIV, W.A.V.E., and the Peer Leadership program.

As a junior, Madelin was awarded the Elmira Key Award.  This year Madelin is a recipient of the Louis Henry Gross Foundation Scholarship, the Elizabeth Buckley Memorial Award, the Edward C. Picken Troy High School Athletic Hall of Fame Award, the New York State Board of Regents Merit Scholarship for Academic Excellence, the O’Haire Prize for English Composition, and the Troy High School French Club Award.  She is also the recipient of the Scholars’ Recognition Program.

She will graduate with 27 college credits from Hudson Valley Community College and The University at Albany.  Madelin will attend Cornell University in the fall.